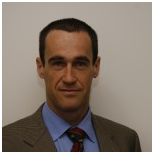 From the 24th of June to the 20th of July 2016, I was privileged to undertake the Chris O’Brien Travelling fellowship to the United States culminating in the AHNS 9th International meeting in Seattle, Washington.

The logistics of a month away from work are daunting to say the least but I was fortunate to be recently joined at the Royal Brisbane Hospital in our department by another full-time Head and Neck Surgeon (Dr Scott Borgna) which allowed me to at least travel knowing that operations were still happening, new patients were being seen and old patients reviewed.

My day to day work focuses on oral cavity cancer, salivary gland, some oropharyngeal cancer and both primary and secondary reconstructive surgery so it was with these interests in mind that I chose the three American hospitals to visit.  Contact was made over 12 months from the visit and timing and communication of course is key to make sure the individuals you wish to interact with are not away from work themselves. (Read more about Dr. Batstone travels here) 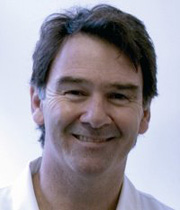 The Chris O’Brien Fund will support a lecture in memory of Dr. O’Brien at the International Conference on Head and Neck Cancer held every four years and additionally will support the Chris O’Brien Traveling Scholar Award which allows for a young head and neck surgeon to visit the United States or Australia/New Zealand in order to further their education.  The first Chris O’Brien International Lecture and Traveling Scholar Award recipient, Dr. Carsten Palme of Australia, received the award at the AHNS 2009 Annual Meeting in Phoenix, AZ.  More recent, Dr. Porcedu was the 2012 Award recipient and recognized at the Eighth International Conference on Head and Neck Cancer in Toronto.

The American Head and Neck Society is mourning the loss of one of our members and a great leader in our discipline, Professor Chris O’Brien AM. Professor O’Brien was diagnosed with glioblastoma multiforme in 2006 and although his initial treatment was successful, after a valiant and courageous battle, he passed away on June 4, 2009.

Professor O’Brien led a life unparalleled by many. He graduated in medicine from the University of Sydney in 1976 and then completed his residency and surgical training at Royal Prince Alfred Hospital. He decided to specialize in head and neck surgery and undertook clinical fellowships in head and neck surgery and oncology at the Royal Marsden Hospital, in England and at the University of Alabama, USA, returning to Australia in 1987 to join the staff of RPAH as a consultant head and neck surgeon. There he contributed to the expansion of the clinical service, making it one of the largest in the country, and also established a comprehensive head and neck database. That database is the largest in Australasia and one of the largest in the world.

He also established a basic research program and an international clinical fellowship program under the umbrella of the Sydney Head and Neck Cancer Institute, which he founded in 2002.

Professor O’Brien has two postgraduate degrees from the University of Sydney – a Masters of Surgery for his basic research in microvascular surgery and a Doctorate in Medicine for his work on the management of metastatic cancer in the neck. He is the author of over  100 scientific papers and 17 book chapters and he has been honored with invitations to many countries and institutions as a visiting professor and guest lecturer, including invitations to give numerous prestigious named lectures: the Hayes Martin Lecture in Washington in 2004, the Eugene Myers International Lecture in Los Angeles 2005, the inaugural Jatin P Shah Lecture in Prague 2006 and the Semon Lecture in London 2008. He was also made an Honorary Fellow of the Royal College of Surgeons of England in recognition of his contribution to the training of young British surgeons. His published works contributed significantly to our understanding of the patterns of metastatic spread of cutaneous malignancies and their management.

In 1998, Professor O’Brien founded the Australian and New Zealand Head and Neck Society, a multidisciplinary society comprising of surgeons of all disciplines, radiation and medical oncologists and allied health professionals. He was President in 2004. He served on Council of the AHNS from 2005-2008. He was a founding member of the International Federation of Head and Neck Oncologic Societies, and served on its council throughout his active career. In 2003 Professor O’Brien became Director of the Sydney Cancer Centre, based at Royal Prince Alfred Hospital and the University of Sydney, while maintaining all of his clinical, teaching and research responsibilities. He has developed a proposal to transform the Sydney Cancer Centre into a $250 million world-class comprehensive cancer centre, supported by the Government and philanthropic funds raised by him. This dedicated Head and Neck Cancer centre will be called, “Life House – The Chris O’Brien Cancer Centre”.

Professor O’Brien is widely known to the people of Australia for his many appearances over the last 12 years on the award winning reality TV program RPA. He was made a Member the Order of Australia (AM) for his services to medicine, on Australia Day in 2005. He was to receive the highest civilian Honor, AO, (Officer of the Order of Australia), from the Prime Minister of Australia, on the Queen’s Birth Day celebrations, in the first week of June, but unfortunately, he passed away, only hours before the ceremony. This Honor was bestowed upon him posthumously, and was received by Mrs. Gail O’Brien. His book entitled Never Say Die depicted his personal battle with cancer and also served as an inspiration to those suffering from all forms of cancer. In 2008, AHNS established the Professor Chris O’Brien Fund, which in part, sponsors the AHNS/ANZHNS Chris O’Brien Travelling Fellowship Award, an award to encourage international exchange of information concerning surgical science, practice, and education and to establish professional and academic collaborations and friendships. The first recipient of this award is Professor Carsten Palme. The International Federation of Head and Neck Oncologic Societies established “The Chris O’Brien Symposium” at its quadrennial congress, the first of which was presented in Seoul, Korea, during the 4th World Congress of IFHNOS.

If you would like to make a donation to the AHNS Chris O’Brien Fund, please go visit our Donations page.

Professor O’Brien, fondly called by his family and friends “Dr. Gorgeous” is survived by his wonderful wife, Gail, and their three children, Adam, Juliette and James, who dearly loved him.